Favourite
It’s September, and as many of you know, this is absolutely my favourite month, honest! … mainly because that really, really hot spell is over, or is it? the last few days of August into the 40°C plus, and tbh, the cold water still isn’t cold enough … so maybe, just as we predicted months ago, it looks like we’re gonna have another Indian summer, by that I mean it’s still gorgeous by day and hopefully, the evenings will start cooling down by mid-September and so summer will probably last ’til the end of November, mmm!

Back to School
Another reason is there’s a distinct lack of 5 to 16 year old’s on the beach, making room for the older crew, the party weathered lot, who really know how to party!  All the mature boobs are out on the beach, and why not?  The restaurants are in their element, as the Island of Love captures all those romantic couples, who’ll eventually end up getting married here, making Cyprus the number one place to get Wed in Europe!!!

Everyone is Happy
I really love September, because we can finally sleep without air-con, and because peak season moves into low season, and with the kids back at school, its time for the younger and older couples and groups of single friends, and work colleagues, to take their hols, eating out more, drinking just as much, and going home early for one reason or another, and so everyone is happy! tbh it’s said that more money is spent here in September than any other month and so the finale to the season is usually a good one …

No: 3 in the World
I reckon we have one of the finest seas in the world to swim in, especially in September, when it’s a tad quieter over on the east coast, where Fig Tree Bay has just been promoted to No: 3 Beach in the world, ha we’ve been saying that for years …. and btw, you can bay-hop right up to Blue Lagoon high up on the West coast in the Akamas to check out the turtles hatching and in August the sea was like a tepid bath with the occasional cold flush as you swim through a freshwater patch from a hidden underwater stream coming through the rocks all the way from the Troodos mountains.

Fab Tan
As I was saying, the temperature by day has dropped to bearable, much as it’s still in the mid-thirties, the air is cleaner, so you’ll be guaranteed to get a fab tan oh and don’t be too surprised if we get a shower or two although that probably won’t happen ’til October

Stunning Sunrises
You can feel and smell the air is cleaner, and now that the heat haze is clearing you can see the Troodos and Northern range of mountains standing out on the horizon, so you can also expect stunning sunrise in Protaras and spectacular sunsets in Paphos and btw Moonrise in September is really cool too.

Moonwalk
One of my favourite events of the calendar, Moonwalk this year is on Saturday 14th starting around Moonrise time the coastal pathway from Protaras to Pernera becomes a series of stages with live musicians of many music genres playing to strolling audiences and those who stop to be entertained … I’m going!

Parties and Festivals
September also brings us loads of closing parties, some a little premature I feel, but to make up for it there’s beer festivals, don’t forget the winter opening parties, theatre, tributes and dance events scattered all over the island … oh and if you like my cover photo pop down to Sirena Bay Beach Bar in Pernera, its our little secret paradise, awesome food and you might be lucky to catch DJ Dr. Feelgood making you feel good!

Simply Red
I’m really looking forward to Kendall Events’ world renowned Tribute to Simply Red at Amphitheatres near you all over Cyprus from 20th to 24th … This is a 6 Piece Band that might as well be the real thing … I’m definitely going to catch one of these gigs!

Hub of Cyprus
Savino Live in Larnaca are rocking back to their normal winter of live Rock ‘n Roll, and even a little Reggae, every weekend, while just down the alleyways Stories Wine Bar is a complement to the old market and just on that entrance a wonderful Coffee Shop 29 and when you’re ready to party big time, and Mekenzie has been smashing it all summer … and I want to wish a big good luck to Galina and Yiannis at The King Caffe Lounge Bar just opened where once stood Cossy’s a landmark on Dhekalia Road …

Capital on the Coast
Chester’s Bar in Limassol, forever one of my faves, while up in the tourist area, places like Bedroom Club and Club Breeze, are a local fav and there’s live music at Tepee Rock Club, who have been there for years, and further West the Limassol Marina and its quaint cafes rivaling the spectacularly renovated old town, now a hive of stylish bars and cafes, but of course when you want to party-mad Club Guaba is still smashing it!

Nicosia Nights
As Nicosia starts to get back into cooler mode, Cafe Mercedes re-opened on Friday 30th  August for the winter season … and Club Teez my fav late night club for the Urban Mix, is opening on Saturday 7th … oh and there’s still a few sales up in the capital, so get up there all you shopaholics!

Napa Mode
Quieter than normal, cos schools back and the Cypriot holiday season is over, but hey it’s still Napa and anything goes, every night!  Leading the Club Scene are Castle Club with 5 Rooms, Club Ice with their Foam Parties, Club Black ‘n’ White for the Urban scene and of course the world-famous Carwash Disco now in its third decade moving into the 90’s, you’re guaranteed to leave here singing all the way to the after-parties, oh there can be only one, and Club Aqua will keep you going ‘til sunrise

West Coast
Pafos and Polis, of course, are set up for all year round tourism and there’s plenty of places to eat drink and be merry … more to do and lots of history to see … the nightlife is awesome too … and for more live music check out Pafos Music Lovers

Getting Around
It’s a great time to go touring, so jump in the car and go check out some places of interest with wonderful Wineries in shouting distance, if you need some ideas? check out Stanna’s article called ‘Driving You to Drink’, and get some wine tasting in and top the Cava up for Christmas, did I say Christmas? OMG ! … it’s not that far away, btw the non-drinker has to drive ok!

Still Time to Tan
Much as we might just have a day’s rain in September, remember we only get 30 to 35 days rain a year, except for last year 😉 so you are pretty much guaranteed to go home with a tan unless you’re Irish, first Irish bar to install a Solarium will make a mint, haha!, oh and don’t let those cool Mediterranean breezes fool you, reduce the factor 30 gradually through your stay and don’t forget to drink plenty of water!

The Original Guide
Recreating What’s On magazine into a Social Media Network Guide to Cyprus is probably the best thing I’ve ever thought of lol, apart from launching the mag back in June 1999, and it’s lovely to read all the positive remarks, like, it’s so user friendly, its so easy to find things, love the way you keep us in touch … to over 10,000 followers, thanks guys!

The Site
Is looking really cool now, with over 76 Categories in 8 cities, it’s over 1,500 pages, more than 50,000 photos, and videos, reaching around 10,000 people monthly, everyone latching on to the one-word search facility that makes it really easy to find what you’re looking for.  The What’s On Cyprus Network is being updated daily and btw the new Dynamic App launched on Play Store in January, it’s the cherry on the top, designed to be quicker and more user-friendly, we’re working on the iOS version now, won’t be long guys.

Facebook
The web site and the Cyprus’ Number 1 Facebook page, Instagram, Pinterest, Twitter and Google are all active daily and the App is the easy to navigate media, that will be with you always, as long you have your phone with you, oh and our YouTube channel is diverse, to say the least.

Who Wants More?
Make sure you check out our Blog and the More section of the Site and App, and while you’re at it have a laugh and learn a bit of the Local Lingo.

You tell us …
We love to receive comments, ideas, events, and your stories, so please keep them coming … we are very reader friendly, and if you are visiting any of my recommendations please mention What’s On, you’ll often get a nice surprise!

And really finally
If I can give you only one tip, make sure you do something you’ve never done before! 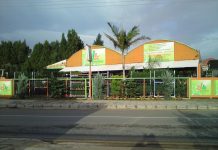 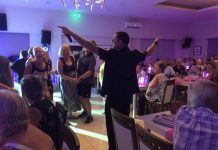 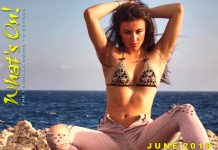 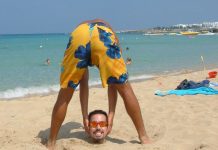